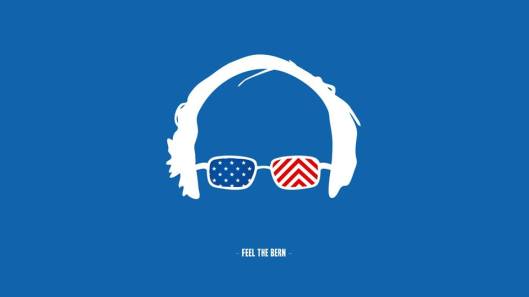 Watching Bernie’s speech the other night at the DNC convention was bittersweet to say the least. I have to be honest and say I shed tears knowing it might be his last. This is a man who ran an honest and amazing, eye opening campaign that made history. A man who has a big heart and truly cares for the American people. A man who takes pride in the planet and wants to take care of it. A man who fought for civil rights and continues to do that today. I wonder what would have happened if Clinton ran a campaign like his? We all know the outcome of that one.

I have been a loyal supporter of his through this election and I still am now. So to all the Bernie fans who boo him, where is your loyalty? I know its upsetting that the wrong candidate will get the nomination. And it sure as hell is disappointing that our system is broken, which we all knew for a long time. But just think of how he feels right now. Bernie is doing what he feels is right. He always said he will not break up the party. Don’t you think he is heartbroken like all of us?

Just imagine for second, how far he has come. He created a fucking political revolution for God’s sake. Thousands of people supported him at rallies and events. This man started something we will all remember. And that should mean something to all of us. I say, FIGHT to end and be heard. Even after this rigged election. He led us all to the light and now its too late to silence us. We all have the right to vote for who we feel is the best candidate for the job. Not just settling for which one is not the worst. And even though big money, greed, and fraud played a big part in this election, we are now stronger than ever, thanks to Bernie Sanders.

So I will continue to FEEL THE BERN and Bernie fans should too. It is through all of us that his revolution continues. And we need to FIGHT till the end. The system needs to change and only we can do it if we keep fighting for it. I can’t think of anything else that would make Bernie prouder than that. This country is OUR country. And its time to take it back.