If you enjoy traveling through a piece of art and taking a trip among the unique mind of the artist, then you will love Anthony Scutro’s work. Intricately detailed, his illustrations express various thoughts, themes, and ideas that are briefly connected to the whole. You imagine the artist living and breathing through its production, as the time and patience clearly shows with the final product. One can say Scutro really has a knack for layering, by building numerous worlds within one main portal the viewer gets transported to new levels in a constant flow. Tunnels of imagery and ink filled visions lead the way, proving that the paper has a life of its own.

The artist in his studio

Living in Jersey City, New Jersey, the artist works as a freelance film editor and enjoys all aspects of the outdoors. Having went to grammar school with him, I can say he is an interesting individual with many talents. Scutro started drawing at a young age when he didn’t have much else to do and was inspired by the work of a stone carver at a sportsman show his parents took him too. He was intrigued with the Haida style the man was exhibiting, which is also known for its wildly themed drawings of animals much like the style Scutro has developed. “I would always draw animals and loved how they had one amimal morph into the next. I thought it would be cool to do my own spin on it…Animal shapes tend to fit into each other and I also can distort them to make it work,” he states. 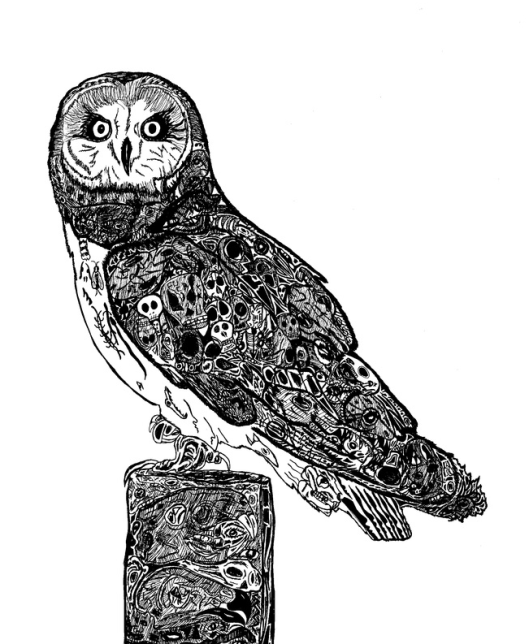 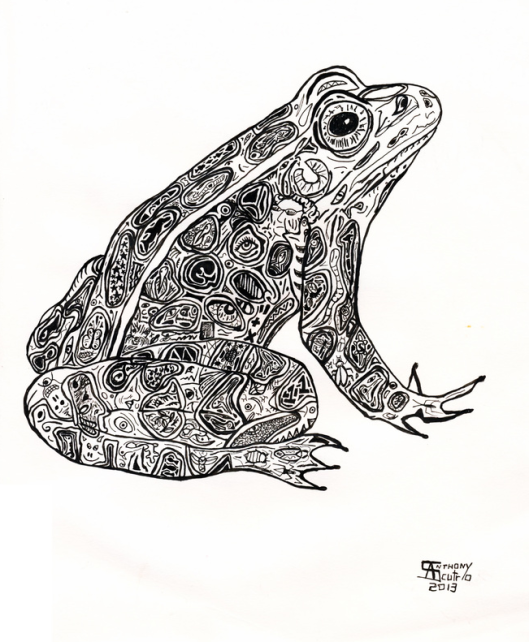 In some cases, the artist also ties his works together by a certain theme. You will notice the owl above filled with skulls, the orca filled with black and white animals, and some others not included here like an octopus contained with eyes. 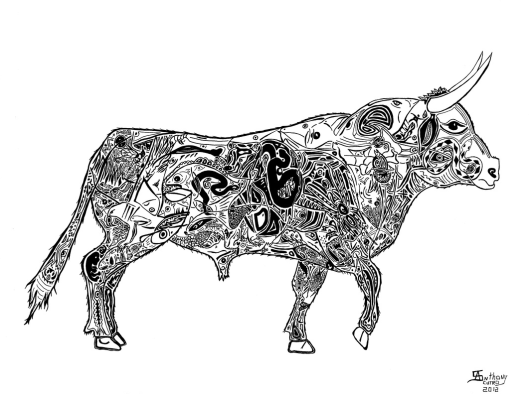 Scutro is always trying to reinvent his work and challenging himself with new ideas. He is now experimenting with other types of imagery outside the realm of animals such as devoting a work to interesting people he knows. “I try to show someone’s life in a picture. I interview them and write everything down, and then depending on what I think is more important to that person, I make it bigger and design it so you follow the path between the light and the dark and get a blueprint of that person’s life and what they love,” he says. 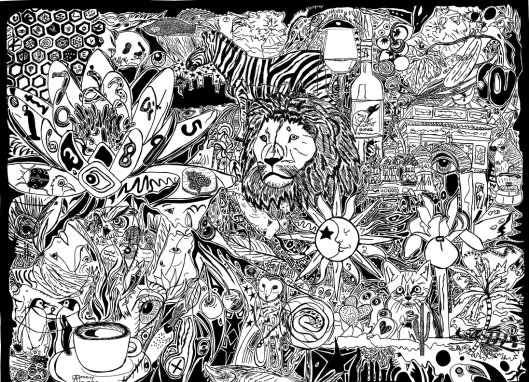 Could Have Done Better

Besides drawing, Scutro also enjoys the art of carving and has continued to create Native American peace pipes. He says it all started when his friend showed an interest of having one incorporated into his wedding. Upon looking for one he thought would make a great gift, he was unsatisfied and decided to make one himself. This favor for a friend eventually developed into a hobby where he now masters his craft. 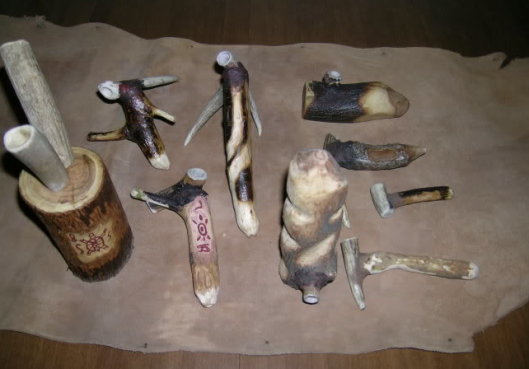 “Pipes are just really fun to make…They’re made out of antler and wood that’s aged for two years or more and some of them also have tubing and plumbing fixtures so there’s a modern edge to it. They’re all built, painted, and have things carved into them and then I use a nontoxic protective seal so it can be preserved,” says Scutro. I have seen this pipes first hand and I have to say they are really beautifully made. You can tell he loves the process and puts so much care into his work.

There is so much to explore in Scutro’s work and I believe there will be much more to come from this artist. You can view more of his work on his website and contact the artist himself to commission a piece. He has recently exhibited his work in various art shows including Two Doors Salon in Hamilton Park, NJ on June 7th and being a part of Four Word Progress: A Group Change of Perspective in Jersey City, which recently had its opening reception this past July 9th. 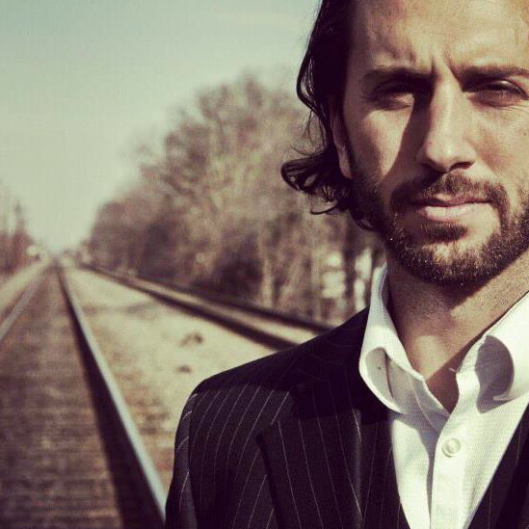 “I simplify life through my art by making it black and white because life never is actually in black and white. My work tells a story of a person or place or mindset through a puzzle of images.” ~ A. Scutro for Four Word Progress