The historic Soldiers and Sailors building in Huntington, NY is one of the most noticeable on Main Street. It sits on Old Burial Hill, which is sometimes also called Old Burying Ground. 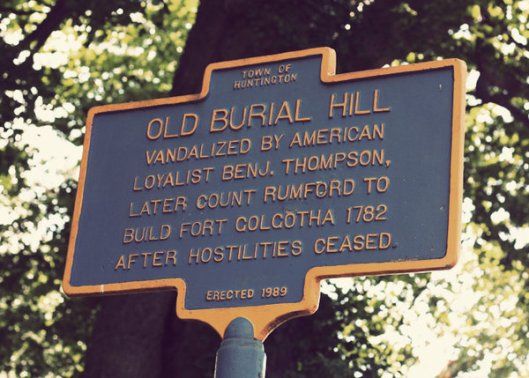 Established sometime in the 17th century, Old Burial Hill is the earliest known public cemetery in Huntington and bears witness to war, violence and hardship for almost seven years. Starting in 1776, Huntington was occupied by the British troops and the residents experienced change like you wouldn’t believe.

Upon this land stood Fort Golgotha. It was built by the British with wood from the Old First Presbyterian Church which was torn down against the towns wishes. Colonel Benjamin Thompson ordered this construction and forced local residents to help. Even the Huntington military was forced to follow British orders. Not only was the area being taken over, the lack of respect for the dead was clearly shown through the removal of over one hundred tombstones. These were later used in the fort to create fireplaces, ovens and stone floors. 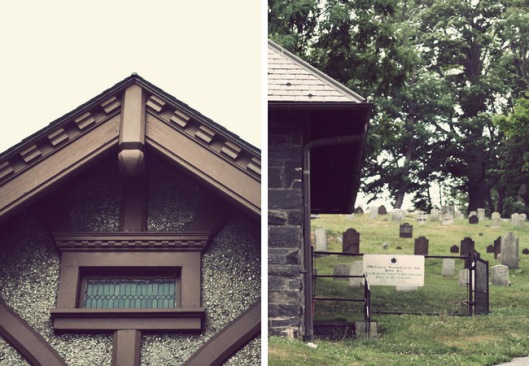 If that wasn’t enough, Colonel Thompson blatantly showed no regard for one of the church’s ministers, Rev. Ebenezer Prime. He had the forts exit be built right on his grave so when he passed through he would walk all over him. This especially made the townspeople upset and angry. After the British troops left in 1783, Fort Golgotha was torn down and the Old First Presbyterian Church was reconstructed a year later where it still stands today.

The Soldiers and Sailors Memorial Building was built to be a memorial for the brave men who fought and died in the Civil War. In 1886, the Soldiers and Sailors Memorial Association was founded by veterans and residents of Huntington and thanks to their fund raising efforts the building was finally completed in 1892. It was actually designed by the New York City firm of Cady, Berg and See which was very successful at the time. This proves that Huntington had picked itself back up and became an ideal place to live despite the war and its small population.

The building’s architecture depicts the Tudor Revival style of design. This style showcases natural elements and is created with simple and rustic elements. Although there is a good amount of detail it is not ornately presented like Victorian or Art Nouveau. It has heavy lines and looks more structurally sound. Most had high chimneys, pillars and pitched roofs and reflected the Earth’s neutral colors. It was also inspired by the Arts and Crafts movement which rejected mass production and focused on uniqueness and designs of the past.

For Huntington’s 250th anniversary it received the cannon on the side of the building. A gift from the federal government, this cannon once protected New York Harbor. Until 1958, the Huntington Public Library called the building home but later moved to its current location due to space restrictions. Since then it has been used for the town’s offices and is now the office for the Town Historian, currently Robert Hughes. To show their gratitude for their dedication it was donated to the Huntington Historical Society in 2000 for their many efforts to spread awareness of the memorial.

Since the completion of its restoration in 2008, the Soldiers and Sailors Memorial Building now showcases an exhibit gallery as well as a visitor center. It is open most days of the week to the public. For more information you can call 631-427-4075.

My visit to the David Conklin Farm House was not only peaceful and beautiful, but a unique experience as well. Upon your arrival to this property, you can instantly feel the history. This home is a great example of how the early settlers lived and I loved how easy it was to explore. Located at 2 High Street in Huntington, this brilliant piece of architecture still exudes life, comfort and a wonderful style.

The Conklins were an important family when it came to the growth of Huntington as they were among its first settlers. The farm house was built in 1750 by Thomas Conklin and stood on 105 acres. It was surrounded by apple and peach orchards and took up the area from New York Avenue to Oakwood Road. 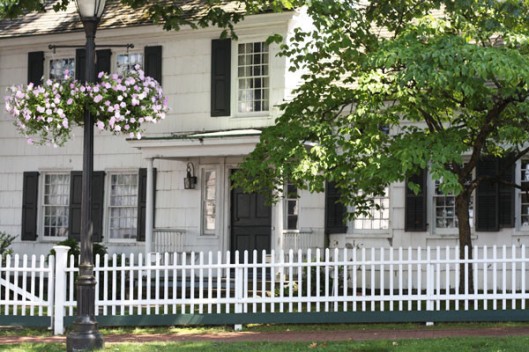 Member of the Conklin family were patriots and played in a big part in the town’s affairs. David and his father, Thomas, both signed the Articles of Association in 1774 and were affected by the British during the Battle of Long Island. David left for Connecticut but the rest of the family remained, leaving his wife, Sybil, alone to fend for herself. During that time, the British eventually ransacked the house.

A couple of years later, David returned only to become a prisoner of the British until 1778. While in their custody, wood was taken from the Conklin’s barn and David himself was forced to help construct Fort Franklin and Fort Golgotha. In addition, he cooked over 110 meals for the British soldiers during the time the occupied the area. I can’t imagine being in that situation. It was really tough on all of Huntington’s natives during this time. It is good to know that despite all the hardship the town was able to surpass all of it and succeed in the end. 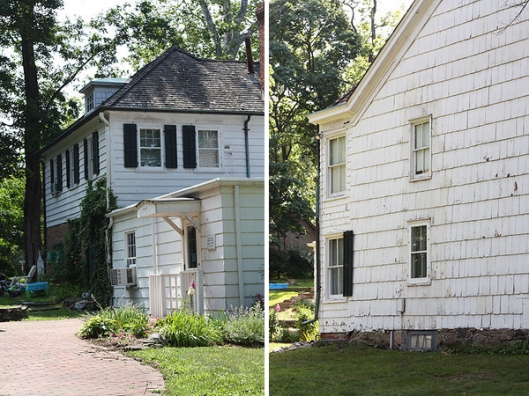 Once David and his wife passed away in 1786, his nephew Abel stepped in to raise their nine children. That may seem crazy now but back then it was quite normal. Around 1827, Abel K. Conklin, Abel’s son, inherited the house after his father’s death and made a second story addition to raise his family. He later became the Town Supervisor, Justice of the Peace, Commissioner of Highways, Assessor and Commissioner of Common Schools. Abel was an important and busy member of Huntington society which eventually rubbed off on his son Moreland who served as Executive Chairman of the Committee.

By 1911, a lot of the Conklin property was sold and only 25 percent of the original land remained with the family. The Huntington Historical Society owns the deed to the house which was given to them by Ella Jayne Conklin Hurd. 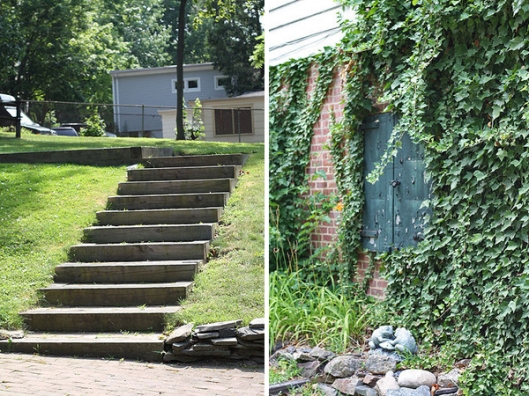 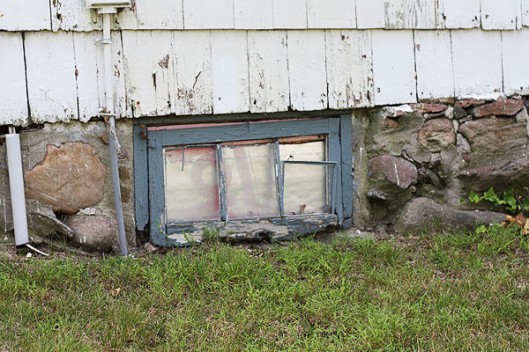 Today, the home is still impressive in its ability to reflect colonial, federal and Victorian design, all of which were very popular during the period it was built. One unique piece of memorabilia that sits at the back of the house is an old mill stone which was used in one of the early mills of Huntington Harbor from 1752-1930. It was given the to Historical Society in 1951. 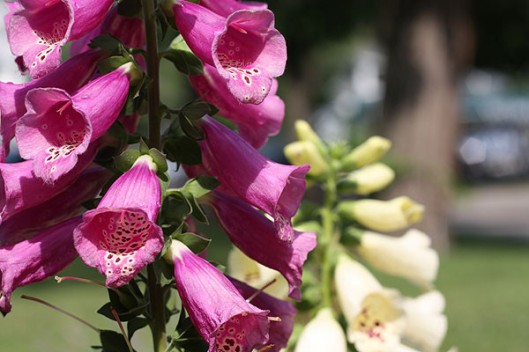 I suggest you visit the Conklin Farm House if you have a couple of hours to spare. Just the architecture and land itself are worth the trip, but if you take a tour that is an added bonus. 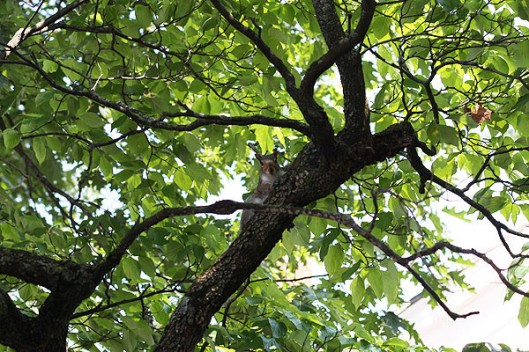