I have been exploring buildings of the past since I was a kid. It all started with my friend Henry the time we went to an old orphanage in Elizabeth, NJ. From then on I was hooked. When I first met Dan, my now husband, I was happy to know we shared a love for abandoned places. In the beginning of our relationship we ventured out to a few. The first one was an old school in Suffolk County, which was interesting. After that I wanted to take him to a place I once visited but really wanted to see again, Seaview Hospital.

September 1, 2008, we took the drive to Staten Island during the day so we could get some good time in to see the property. There are various buildings that lie within the gates of the hospital and when its dark it’s totally creepy. That was my mistake the first time. So once we got there and crawled through the hole in the fence, our journey began. 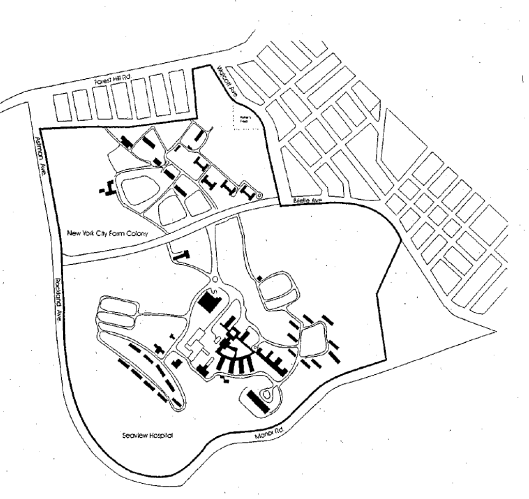 The complex, built between 1913 and 1938 and was created to treat tuberculosis. With a beginning budget of 1 million, it was the largest facility in the country at the time, ending at about 4 million in contributing funds. Back then they thought the best cure was fresh air, rest, sunshine and a healthy diet. Because the center was somewhat rural, this was a perfect place. It was built on the former estate of Charles Schmidt along the East side of Brielle Avenue and most of the 37 contributing buildings are of Spanish Mission and Colonial Revival style.

In 1915 it was expanded to another 2.5 acres and the sanatorium was completed in 1917. Eleven years later, the chapel was constructed as well as a new laboratory and in 1938 they added the children’s hospital.

Thanks to the contributing work and trials of Dr. Edward Robitzek and Dr. Irving Selikoff at the hospital, a cure was found about 39 years later. However, the facility was pretty much shut down and just left there. It was named part of the Staten Island Greenbelt as well as part of the historic district. Today, a new Seaview still stands using some of the functioning buildings as well as new buildings that were created in 1973. These replaced some of the original structures. 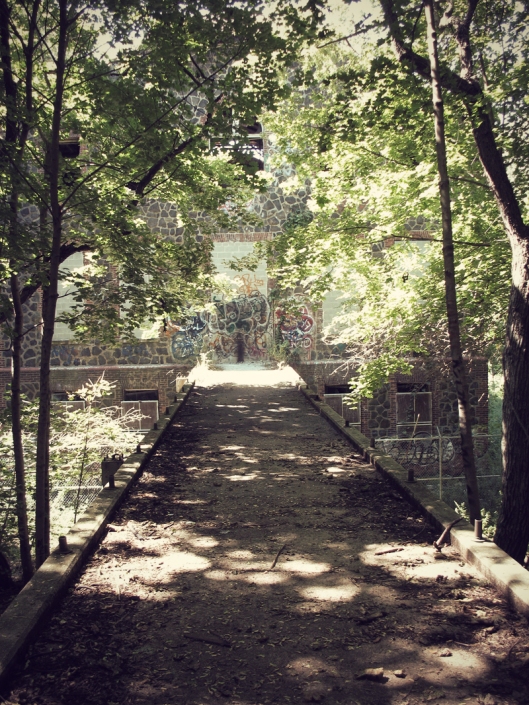 Behind the historic Seaview is the histortic New York City Farm Colony which was founded in 1829 to house the poor. They were asked to work on the farm as payment. It had numerous dormitories, a dining hall and kitchen, laundry building, nurses’ residence, an insane pavilion and morgue. These buildings were built between 1829 and the 1930s. The farm was very successful in bringing fresh food to the area. In 1912, it is reported that $22,887 was the value of its crops.

This time around I really enjoyed my visit to this place of the past. There are a number of abandoned structures so we were plenty busy exploring the grounds. We didn’t see the functioning buildings because losing light was not an option. I wanted to get as many photos as I could. Although covered in graffiti and wreckage, Seaview Hospital is definitely a place to check out. 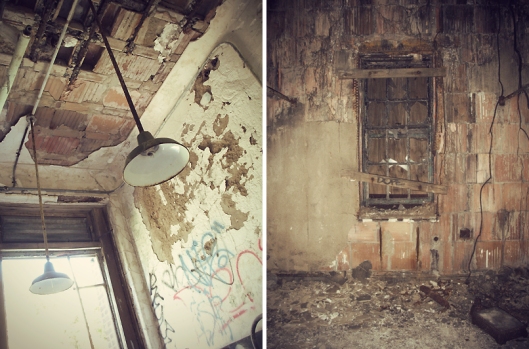 It wasn’t that creepy being there during the day but there is surely a haunting feeling that resonates throughout the grounds. Especially when you enter underground and explore the basements. It’s very damp and cold. I always wonder what it would be like to have lived there when it was up and running. It is said to be one of the greatest treatment centers in the area. I think its great the doctors and staff were able to help thousands of people.

Maybe these buildings will stand forever, even know most are crumbling down. It seems as though they are just left to depreciate and age and with so much land just going to waste, why not explore Seaview while you can. I would recommend you wear the proper clothing and bring a small bag of items like water, flashlights and even a first aid kit. You can seriously get hurt out there so be prepared. Other than that, have fun exploring!