The Henry Townsend House is a beautiful site. Built in 1830 by Henry Townsend himself, this historic home sits on an acre and a half of land. It is part of the West Neck Historic Road Historic District with many other homes and buildings from the 19th century.

Surrounded by a picket fence the property includes a garage, smokehouse, well, shed and a privy which is an outside bathroom. You will see a lot of exterior toilets with older homes in this area. From 1858 to 1909 it was owned by the Scudder family and later the Conklins until 1911. The home was added to the National Register of Historic Places in 1985 at which W.B. Young was the owner.

From first glance, there is a lot to take in. The house is very elaborate in its design and has a great amount of decorative elements that really bring it to life. With one-and-a-half stories, it features a center-hall plan and a one-story side wing. This wing received exterior alterations in the 1850s such as the overhanging eaves above the porch. The glass porch in the back of the home is a much recent addition.

The front porch is held up with posts that feature scrolled corner braces. This design element is continued throughout the entire home. You will notice it significantly on the street side in the carved rafter ends of the home. This Swiss-inspired detailing creates a doll house look and adds an artistic feel to the overall design.

The garage was originally a carriage house built with clapboard design as well. This too has exposed rafter ends included in its one-and-a-half story plan. The six over six sash windows are also very common for this time period.

Because it is part of the West Neck District, the Henry Townsend House is of great significance. It expresses a love for design that you can clearly see. It’s nice to know that the current owners have kept it in such amazing shape. With the colorful flowers and lush foliage, they have brought life to the home, making this historic piece of art a modern day dream.

I took this photo back in 2006 when I lived in Jersey. It’s a place in Skillman called Skillman Village, a little town filled with a school, living quarters, playgrounds and even a small hospital and fire department. Founded in 1898, it was once the State Village for Epileptics but has been abandoned since 1998. Last year, the town started its $15 million dollar demolition to turn it into the new Somerset County Park. I am happy I got to visit twice before this because it is an interesting place to explore.

There are many photos I took this day which I will eventually share in a post but I chose this one for inspiration photo friday for a reason. It is the last building I went in before I was caught and escorted out of the village. This was the first photo I took going into the basement and only two more followed.

I found the stairwell intriguing even though it looked like a scene in a horror film. It was dark, dreary and dirty and the basement was the same. From looking at this image I imagine a whole world of possibilities of where it could lead to. It really does get you thinking and that is what inspiration is all about. Although it may not be the happiest of photographs, it surely lures you in and forces your imagination to run wild. This is exactly why I captured it.

When I first starting writing for the Bellmore Patch, I wanted to write about a place with hidden beauty. I ventured out to the water in hopes of getting some nice views of the East Bay. I am sure anyone from Bellmore can understand my frustration when I realized those views were only blocked by private homes. I drove around for almost an hour and decided to head back. On my way home I passed Mill Pond Park. I stopped immediately.

Being that it was a nice day, I was excited to check out the lake and capture some nice shots. It was around 4:30 p.m. and the sun was just starting to set. The light that glimmered off the water and against the trees was really beautiful. The park had a sense of peace, which I found appealing. I found it interesting that when I turned back I could see the many cars that passed on Merrick Road yet I felt like I was in another world. This 54-acre preserve seemed like a nice place to walk, sit, read or just simply appreciate what mother nature has given us.

I slowly walked up the path to the right of the lake and fell in love with the trees. One of my favorite characters of nature, trees carry such knowledge and warmth. They see everything before them and hear the sounds that surround them. The detail on some of these particular trees were captivating. History was telling its story right in front of me and I was taking it all in.

Ducks, geese and swans call the Mill Pond home and they are such a delight to be around. There was a small group by the path I had to capture with my camera. They were so calm and comfortable that it almost seemed they were unaware of their surroundings. I soon realized that they noticed I was there and kept an eye on what I was doing.

On the other side of the lake it was slightly a different story. There must have been almost 100 ducks in the water and although they weren’t loud they were much more active. At some point they made me laugh because of their silliness. I find it amusing how they communicate and play. Just another reason to visit Mill Pond Park.

From what I have learned, this pond has been there for more than 100 years.  After looking at a 1914 historic map, it seemed it was owned by the Brooklyn City Water Works like most ponds in the area. New York City received most of its water from these ponds during this time. Although the Brooklyn City Water Works is not there anymore, you can still visit the small pumping station northwest of the pond.

A 1927 map of Nassau County has it marked as Jones Pond. That, I assume, was named after S. J. Jones considering his name was listed on the map next to the pond. After some time it was also named after Thomas Jones. It was later acquired by Nassau County in 1967. Thanks to Clarence Anspake, president of The Historical Society of Bellmore, all my findings were confirmed as well as learning some new and interesting facts about the area.

As you look at my photos, try to imagine that this is the first time you are seeing the park. Take your own inspiration from what my lens has captured and gain a new appreciation for what it has to offer. A little peace and quiet is not all Mill Pond Park is good for. With its naturalistic beauty and a setting far from reality you can surely find a new and improved sense of self and unique view on the world around you.

The Southard homestead was a center home for most of their generations still stands today. You can find the Southard Homestead on Bellmore Road looking timeless as it always has. Owners Albert and Mary Waring have done such a great job at keeping this piece of history alive.

The home was built in 1655 when Thomas Southard came from the Netherlands to purchase land. His 214 acre farm was the building block of the future communities. The house still contains its original timber construction. Before the 1800s, the tenon and mortise style of construction was very popular and this home is a true example of how successful that method was. It was widely used by stonemasons and blacksmiths as well.

There were obvious additions made to the house over the years, but the original portion still remains. The two story building contained three rooms; a kitchen, living room and an upstairs bedroom. It also has its original beams and fireplace.  The old cemetery that sat on the land was given to the town and most of the original acres of land were sold off. 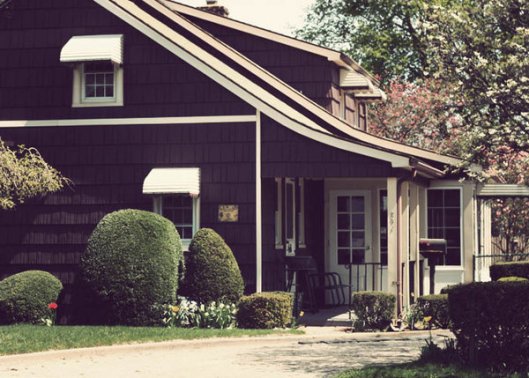 The Southard family has a long line of descendants that date back to the English name Southworth. Thomas was the first son to come to the states in 1650 and settled in Long Island. He married Annica Jensen in 1653 when he was in his late 30s. She was almost 10 years younger than him and was of Moroccan descent.  They later had eight children, one being Sarah Southard who married David Bedell. You could imagine having eight children would be a good start to stretch the family name.

Eleven generations of the Southard family has lived in this historic landmark.  This important part of Bellmore history stands proud and beautiful and still gives residents a place to call home. To think that the original descendants of Bellmore built and lived in this home is amazing. We should all appreciate the bits and pieces of our history because what was then will always reflect what is now.